We take our impact on the planet seriously. We gather rainwater in a 60,000 gallon cistern underneath our studio to be used in production. Using rainwater allows us to naturally remove impurities from the water that could impact a color outcome on fiber. After the dye is exhausted, it still contains the dye mordants and organic plant matter, both of which are compostable. 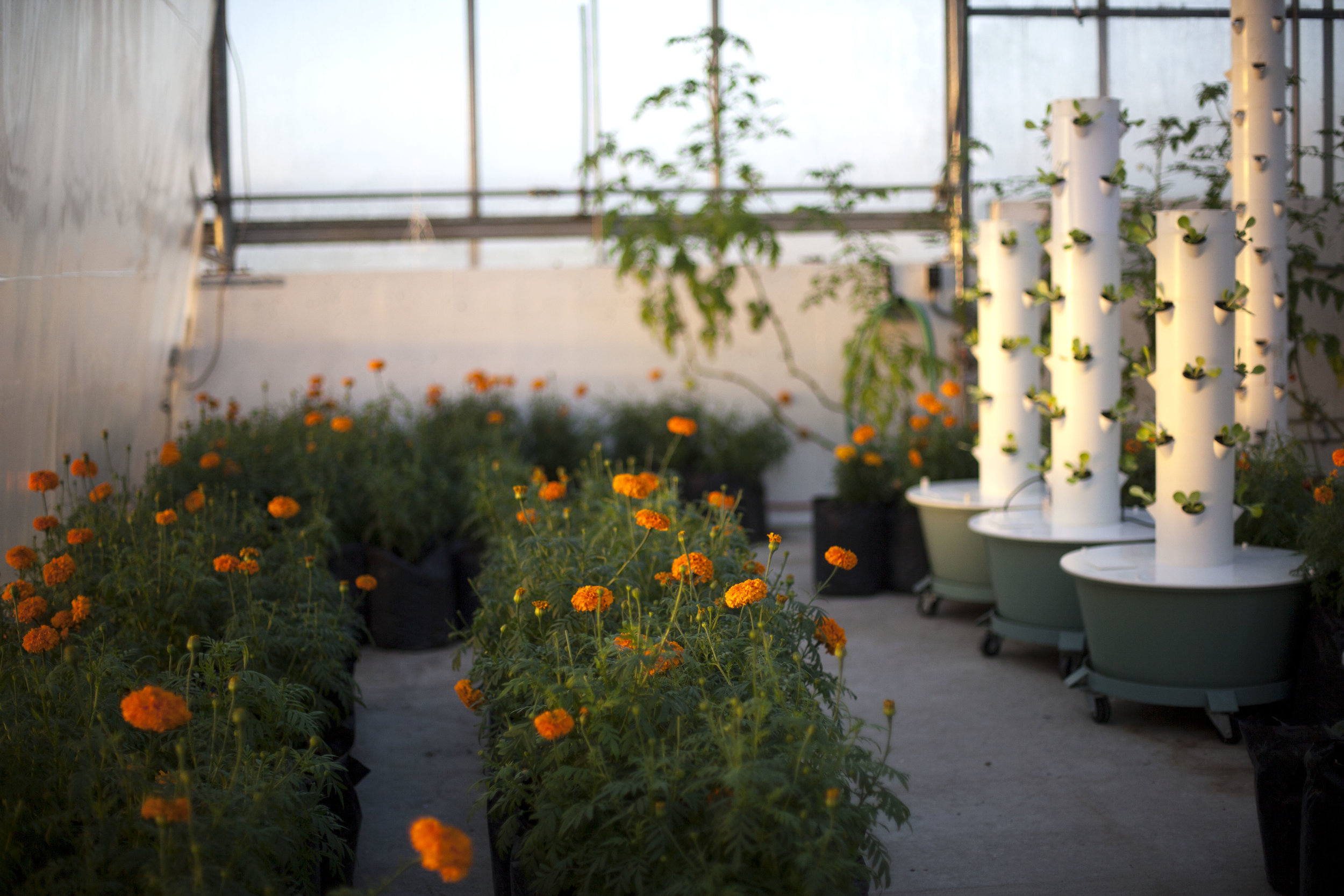 Above: Dye plants growing trials that act as a natural insect repellant for the other produce in the greenhouse.

Working in an agricultural hub like Lancaster County has allowed us to develop our business around the sustainable farming community. We are collaborating with farmers in Lancaster to use our waste in responsible ways, and researching the benefits of using our exhausted baths as organic fertilizer. The plant material cooked down into dye is strained out before we add fiber, and composted and used on local farm land. 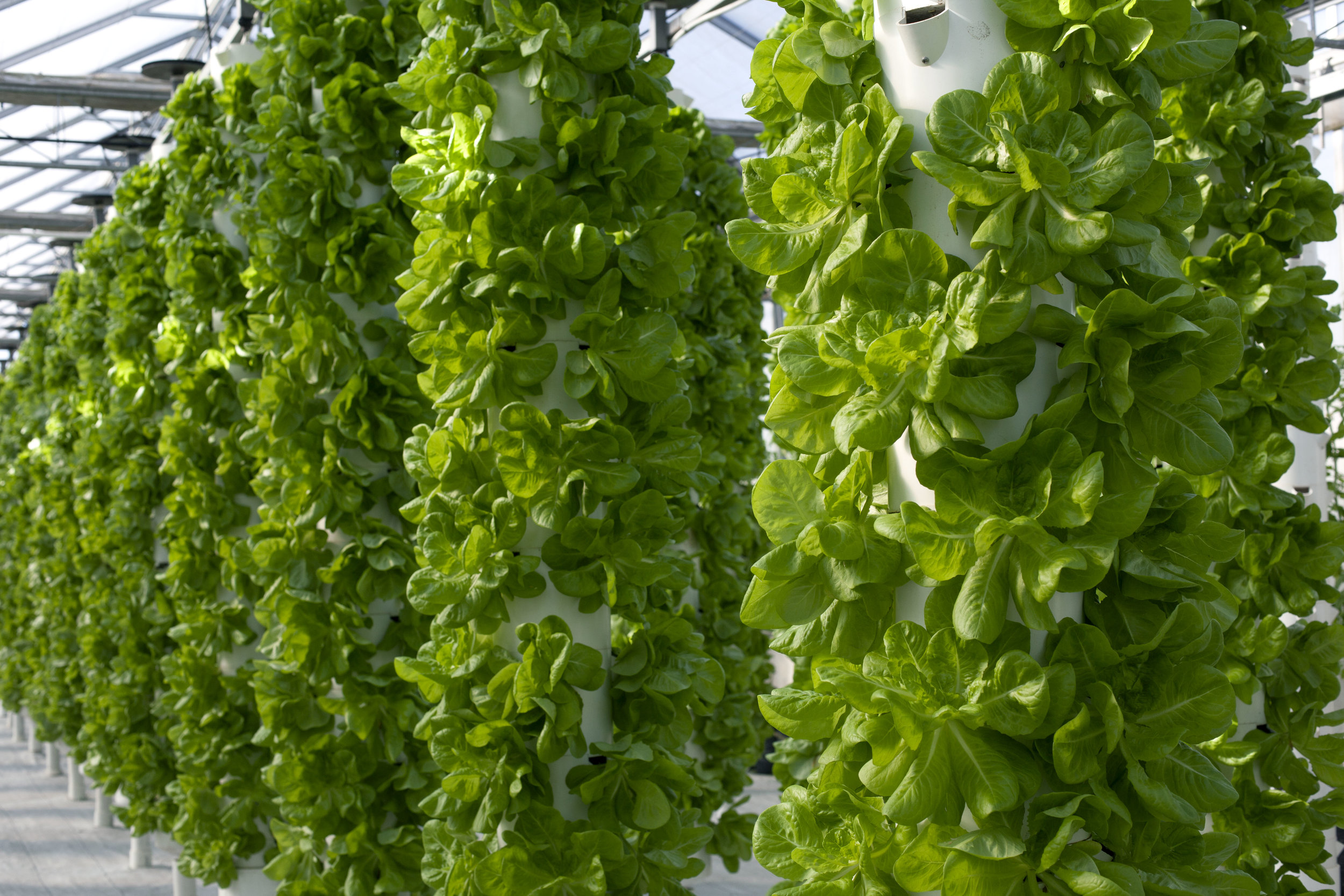 Green Matters is located on a sustainable Amish farm. We have had the opportunity to use an aeroponics greenhouse to conduct growing trials on dye plants. This allows us to have a better understanding of the resources required to produce botanical dye, document controlled application of dye waste as organic fertilizer, as well as source some of our dye plants locally. 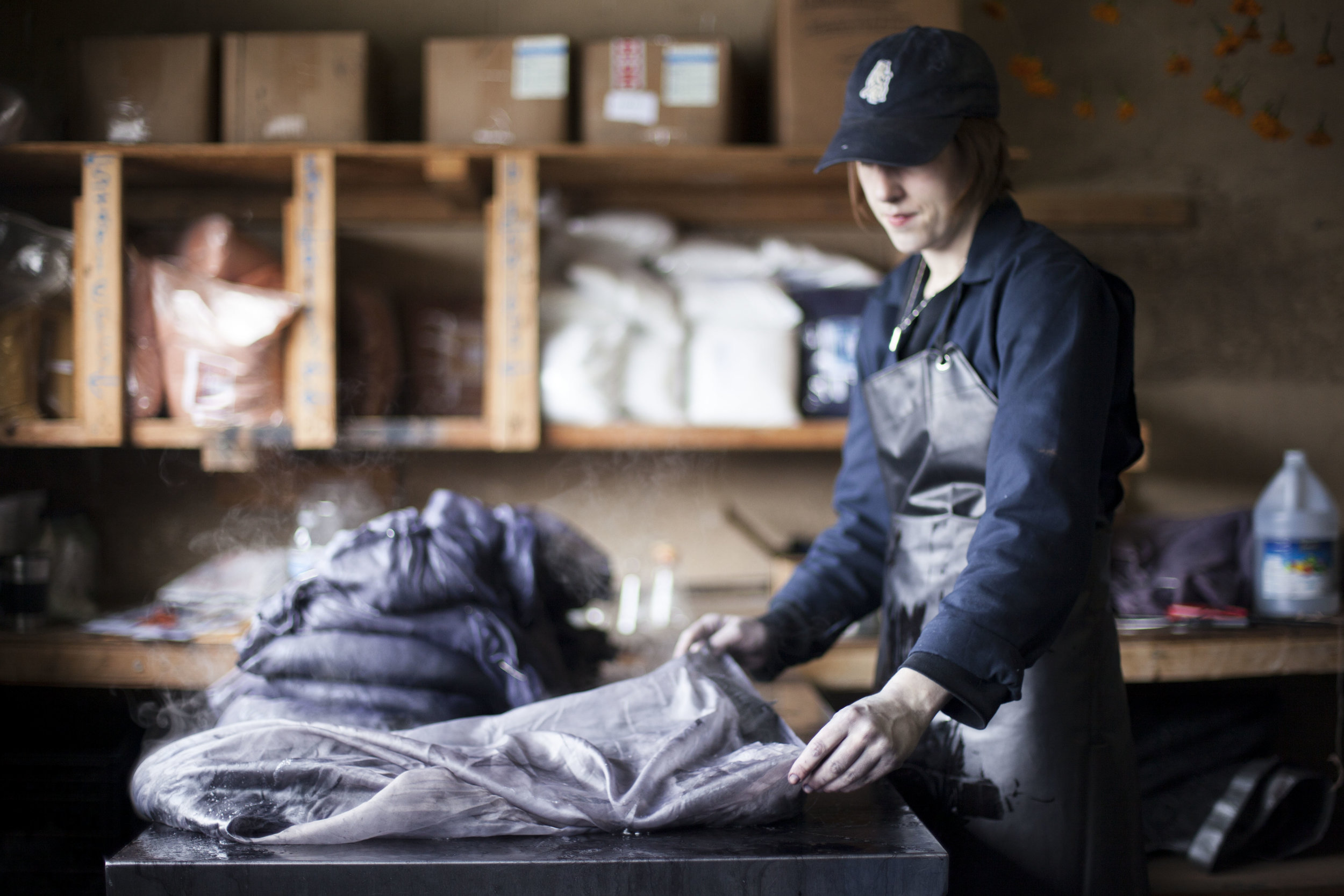 Connecting with other domestic production facilities and becoming a part of the local fibershed has been at the core of our company since we started. Working as a dye house in the greater NYC area allows us be a part of manufacturing products that are sourced and produced within a 150 mile radius, making us a part of the Made In New York movement. By producing locally, companies can cut down on their carbon footprint, especially by reducing air-miles. We have worked with production facilities all over the North America, and love a clothing label that says ‘Made in the USA’. Why? If it’s made in the USA, it protects American jobs and the environment.

A brief history of natural dyes

Dating back nearly 6,000 years, there is evidence of plants being processed into dye. With the widespread use of modern synthetic dyes, it is easy to forget that all textiles were once dyed with plants, bugs, and fungi. Geographical location was often a determining factor in what dyes, and therefore what colors, were available to a group of people. When international trade began through the silk road, dyes were among the most desirable goods, especially for the noble. Tyrian purple was the most prized because of how expensive it was, sometimes taking 12,000 mollusks to produce only 3.5 ounces of dye. This is why purple was considered the color of royalty.

It wasn’t until the 19th century in the heat of the industrial revolution that synthetic dyes were introduced. The first natural dye to be replicated synthetically was Alizarin, found in madder root. This was the birth of aniline dyes, which were processed from coal tar. Synthetic dyes are widely accepted because of their color consistency and durability, but the benefits did not come without their downfalls. 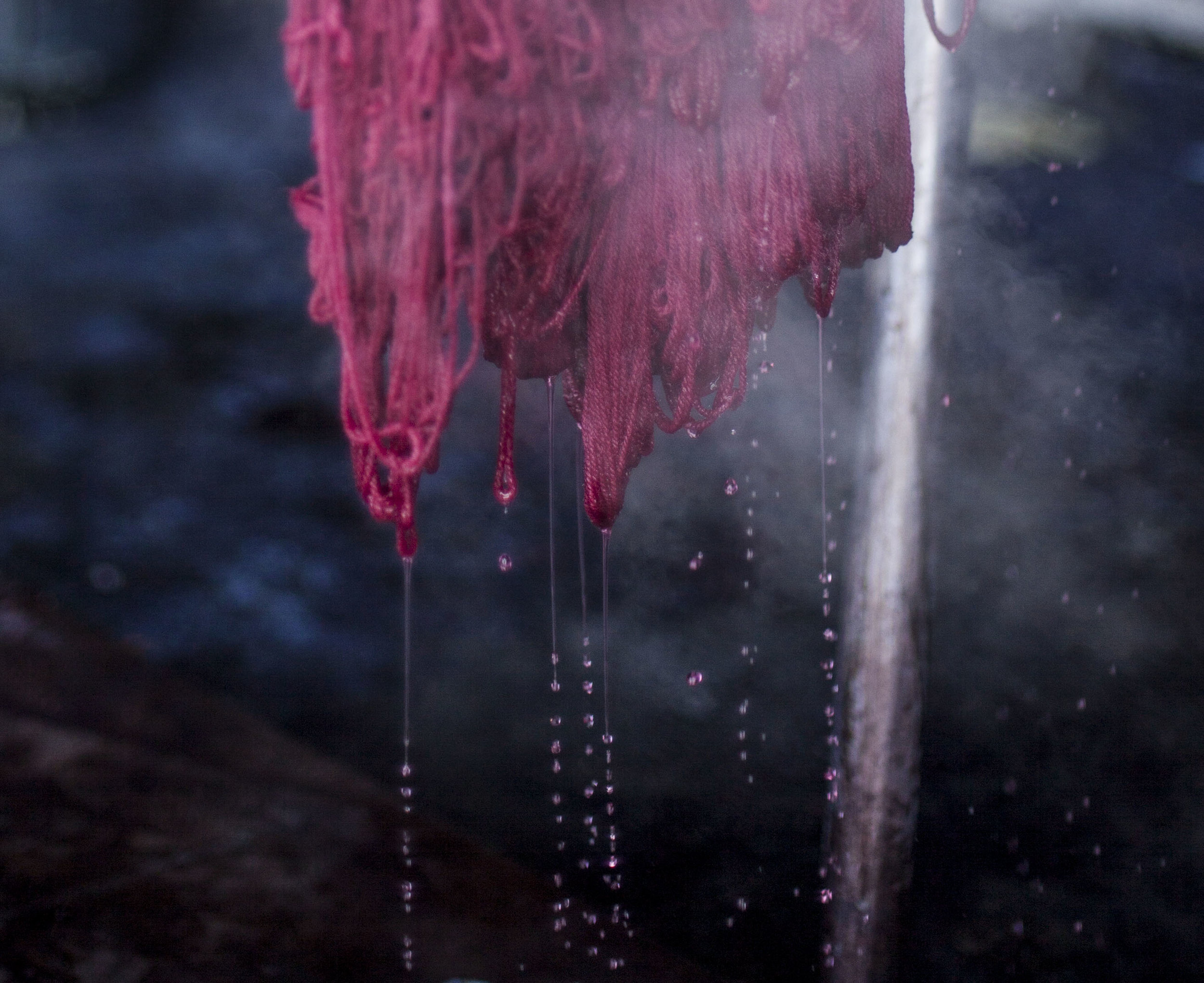 The Harmful Effects of Synthetic Dyes:

Textile production is the second largest water polluting industry in the world, creating 20% of the global industrial water pollution. More specifically, every year approximately 9 trillion gallons of synthetic dye chemicals are dumped into global waterways. Once synthetic dye chemicals enter the water, they difficult to filter out even with the most advanced water filtration systems.

Synthetic dyes have carcinogenic properties which anyone who comes in contact with them is exposed to. This can cause health problems for the employees of dye houses all over the world, including dermatitis and respiratory diseases, eye and skin irritation, irritation to mucous membrane and the upper respiratory tract, and growth of tumors.  These chemicals are still remaining in most of the clothing that we wear and have been known to cause rashes and redness especially in young children.

These dyes are not only harmful for the humans that come into contact with them, but also the ecosystems that are subject to the disposal of the chemicals. These chemicals are toxic and kill aquatic ecosystems. When synthetic dye chemicals are introduced into waterways, they stain the water and harm the natural process of photosynthesis which is key for the health of river ecosystems. 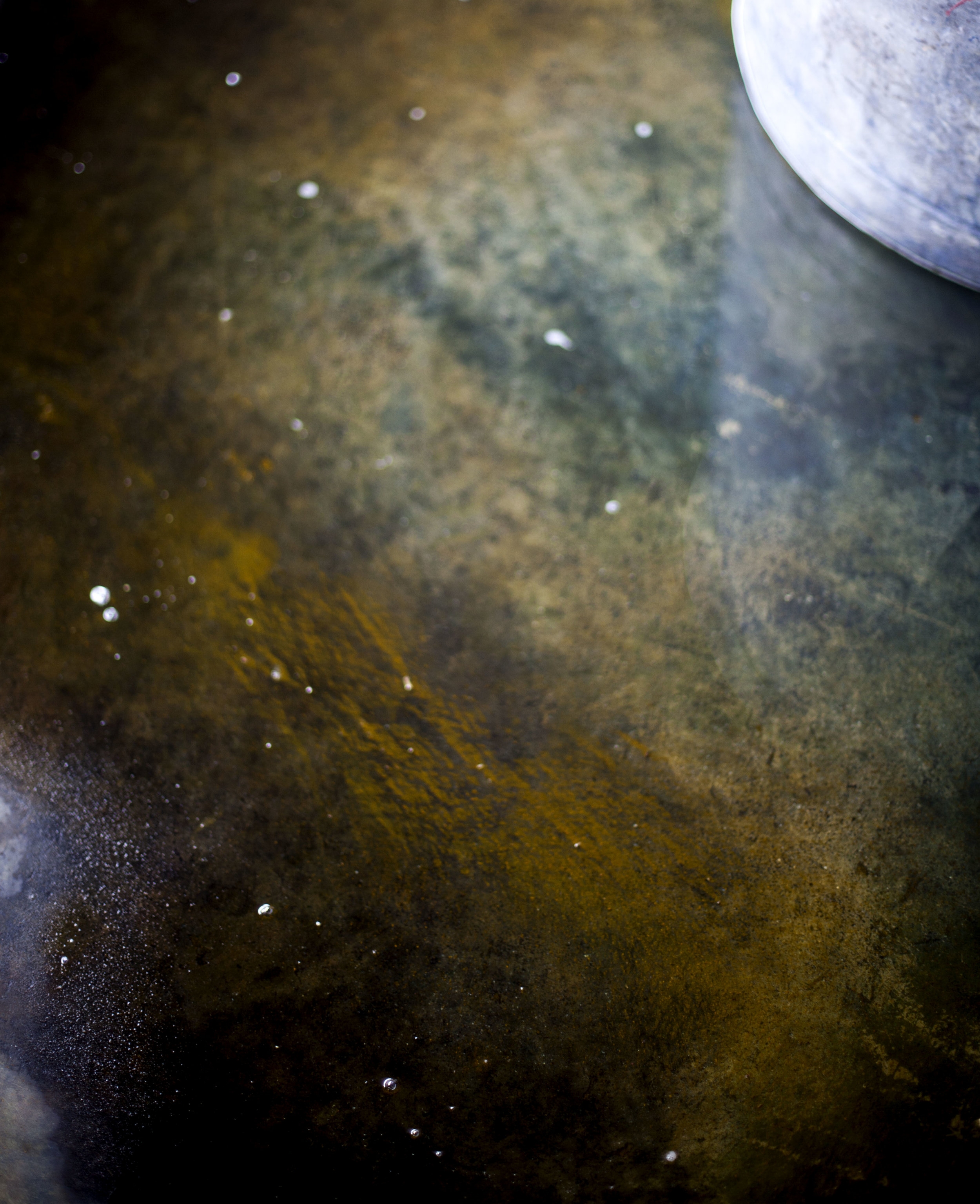